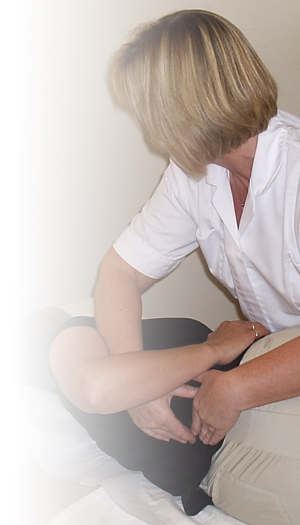 I qualified as an osteopath in June 1998 after 5 years training at The College of Osteopaths in London. I worked in osteopathic clinics in Huntingdon and Spalding in my final year of training and continued working there after qualifying. We moved to Worcestershire at the end of 1998.

In 1999 I started working, for a short time, in Tewkesbury and Malvern. I also worked in the Physiotherapy department at South Bank Hospital. I opened the Callow End clinic in 2002. When the clinic became very busy I left South Bank Hospital to concentrate my energies in Callow End. I had been organizing CPD for Osteopaths at South Bank and continued to organize them from Callow End, which has been incredible and interesting meeting up with many other Osteopaths in the area.

Just after moving to Worcester I attended Worcester University to do a degree in Health studies and graduated in 2002. I attended many courses on treating golfing injuries and became interested in the game and the injuries common to golfers. I attended a postgraduate course in Cranial Osteopathy as well as other courses in cranial sacral therapy.

I completed a course in acupuncture, which is particularly effective in treating tight muscles, repetitive strain injuries and acute pain. I am very passionate about Osteopathy; it’s a profession I really care about.

You can find out more about which cookies we are using or switch them off in settings.

This website uses cookies so that we can provide you with the best user experience possible. Cookie information is stored in your browser and performs functions such as recognising you when you return to our website and helping our team to understand which sections of the website you find most interesting and useful.

You can adjust all of your cookie settings by navigating the tabs on the left hand side.

Strictly Necessary Cookie should be enabled at all times so that we can save your preferences for cookie settings.

If you disable this cookie, we will not be able to save your preferences. This means that every time you visit this website you will need to enable or disable cookies again.

The only cookies this site uses are Google analytics to help us develop our site to provide the most relevant information.